You are here: Home / Taste Italy

We Can Offer You a Range of Foodie Activities Throughout Italy

Indulge in making perfect pasta, or pizza by hand with an Italian chef in the heart of Rome!

Chef Veronica, is a creator of several successful food projects in Rome, including her ground-breaking restaurants, Tricoloremonti and Tricolorepani.

Veronica brings her very unique creativity and attention to detail in everything she does. Prior to her culinary career, she was a stylist for MTV Rome.  When you arrive in her artist loft, it will become apparent her creativity and talent extends well beyond the kitchen, but cooking has always been her passion. You are in for a very special experience.

Chef Katie, a Seattle native who made her culinary debut with nationally acclaimed Chef Jason Stratton of Spinasse, arguably one of the best Italian restaurants in the U.S.  He hired Katie while still in culinary school, aware of her potential.  After working every station at Spinasse and the sister restaurant Artusi, she proved her talent.  He promoted her to sous chef at the age of 23.

Katie followed her love of Italian cuisine when she joined one of our tours at Villa Caterina which launched her career in Italy.  A five month stint led to meeting Veronica, and 2 years later she is still in Italy.  The two have collaborated on several projects, and they both worked at the famous La Foce Estate at Dopolovoro, in Tuscany.  During the winter months you will probably find Katie working with Veronica in the Loft.  During the tourist season, she will share her schedule cooking for you on our All-Inclusive Villa Tours. 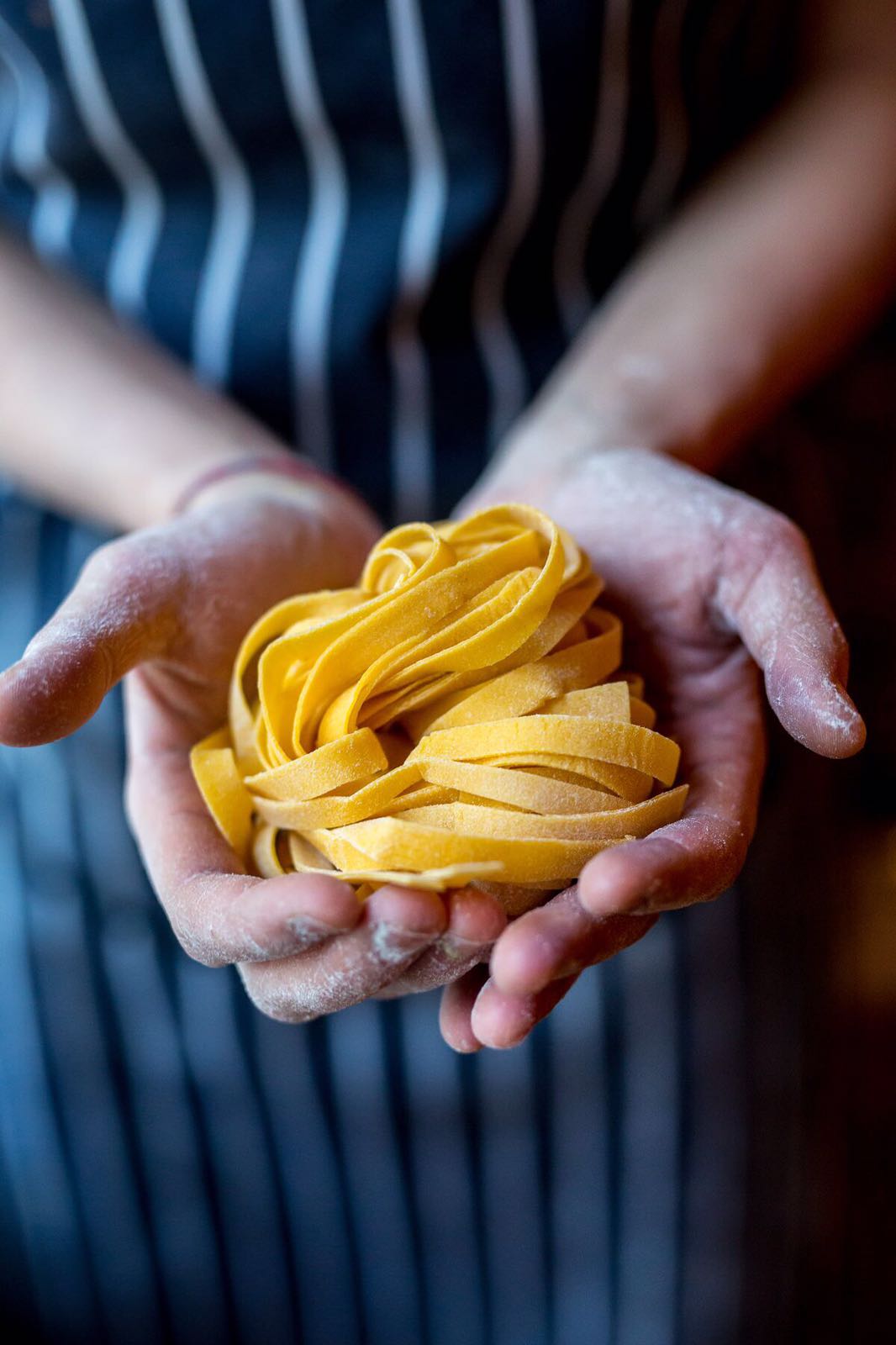 You will learn the secrets of making homemade pasta in Veronica’s kitchen studio loft located in a historical pasta factory of Rome that is now home to several artists, and Rome University of Fine Arts.
You will use a selection of ingredients from local organic producers, as she strongly believes in the importance of quality to make simple dishes with great taste.  Her professional kitchen, with all its facilities, will contribute making this experience even more memorable.

You will cook and enjoy the pasta you prepared together. She has selected a range of natural wines that will accompany your creations.

Notes:  Please let us know about any food allergies, intolerances, and preferences.